Railways are an important part of the Canadian Heritage. They were what connected our country. It was the promise of a railroad that convinced British Columbia to join Confederation. The Canadian National Railway was the first Crown Corporation in Canada. There are few family trees that do not have a railway connection somewhere. Your ancestor could have worked on the railroad, or it was the railroad that brought your immigrant ancestor to their new home from their port of arrival. Some towns prospered and grew because of being on one of the rail routes. I have a friend from Lindsay Ontario whose grandfather, father and uncles all worked for the railroad, and that\’s how they came to settle in Lindsay from another part of Ontario. There have been many different companies over the years. Some disappeared, while others combined or were bought out by larger companies.

If your ancestor worked for the IRC or the PEIR, then you will want to check out the Railways Employees (Employees Provident Fund) on Library and Archives Canada\’s website. Started by an Act of the Canadian Government in 1907, the fund was created to help supply a pension for employees who retired after long service. It also provided for those who suffered a disability due to injury on the job. Now remember, this is a time before the Canada had the Old Age Security Act (1927) and the Canada Pension Plan (1965). There were some employer pension plans at this time, but it was not the norm.

This database is fully digitized. It consists of 31 boxes of index cards, as the original files from the Fund were destroyed. In all, there are over 27,000 index cards. On each card you will find information such as, but not necessarily all of the following:

The cards are not filed alphabetically, but rather numerically by Provident Fund File Number. You can search by Surname and/or Given Name. They do state however, that a lot of the cards give only an initial for Given Name. I decided to go the easy route and use the surname of my friend, FERGUSON. I typed in FERG* so that I could get all possible variations. Of the 38 results I clicked on Daniel Hugh Fergusson. There are 5 digitized cards for Daniel. 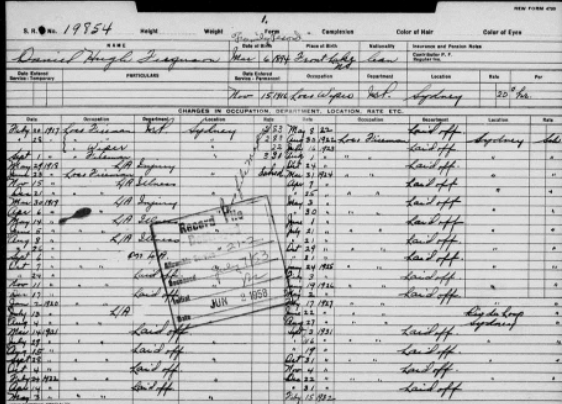 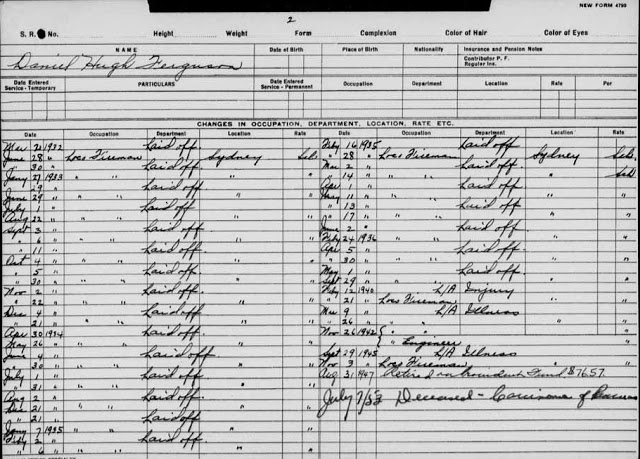 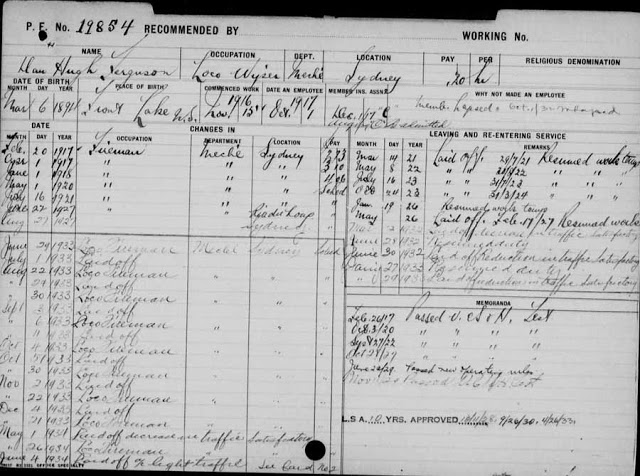 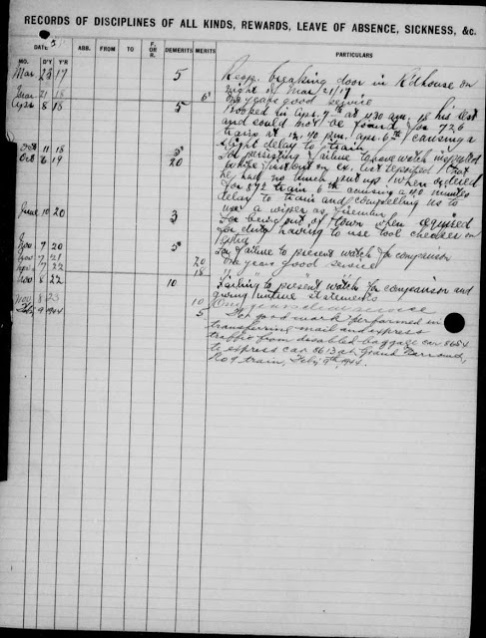 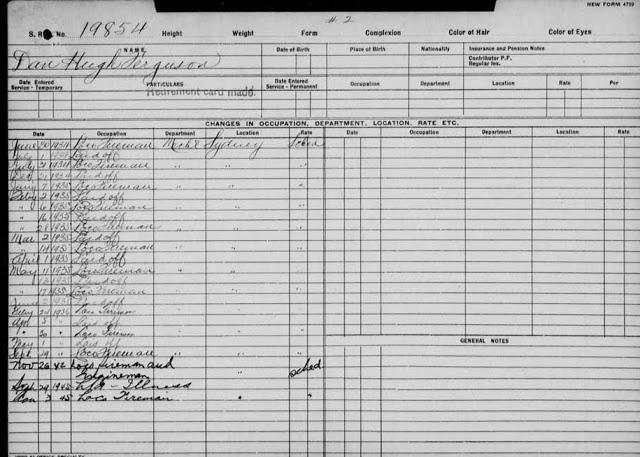 Not all people will have this many cards attached to them. According to the LAC, the average is 2. Here\’s what I gleaned about Daniel:
Here\’s another one for a Robert Art Douglas: 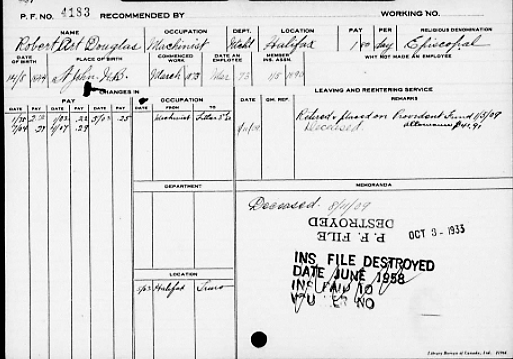 Robert only has one index card, but you can still get a lot of information from his:
Here\’s a third employee, Frederick Bowles Tripp: 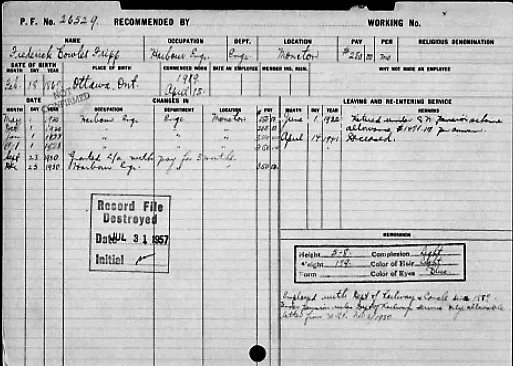 Frederick only has one card as well, but look at the information for him:
As you can see, the information on these cards can vary widely from person to person. You never know what you might find.
If you would like a more complete history of rail in Canada, check out these links:
Canadian Encyclopedia on Railway History
Canadian Pacific Railway
Canada History – Railway
Canada Railway History – York University
Canada\’s First Railway – Canada\’s History magazine