This post we\’re finishing up the provinces by looking at Alberta and British Columbia.

Alberta
Though there were Catholic priests in Alberta in the beginning, it was the Wesleyan Methodists that first started consciously performing and recording baptisms, marriages and burials in Alberta. Through the years, the diverse ethnic groups that settled the west brought their own religious denominations. Today, along with Catholic and the various Protestant sects, you an also find Mennonites, Hudderites, Mormons, and Ukrainian Orthodox. The area relied heavily on \”circuit riders\” in the beginning. These were priests and ministers who traveled from place to place, tending to the needs of the various settlements they came across.

As with the religious records in other provinces, you may have to contact the religious archives directly to find and obtain copies. FamilySearch\’s wiki on Alberta church records has contact information of the various archives. You can access it here.

The Provincial Archives of Alberta has some Catholic and Protestant church records dating from the 1830\’s to present day. These are only available to view on site. A description of the holdings is here.

If you have Mennonite ancestors, check out the Mennonite Historical Society of Alberta. They have onsite access to various records, and some have been indexed and put online. They also publications for sale.

The Glenbow Museum also has some church records within some of their fonds. from what I could gather, they are not separate fonds by themselves, but are contained among different collections. Use the keywords \”church records\” in searches of their archival holdings to see what they have. 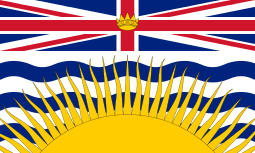 British Columbia
Like Alberta, both Catholic and the Protestant sects have deep pre-Confederation history. To this day, they make up the largest proportion of religious affiliation in the province. Also like Alberta, the best way to get a hold of religious records here is to contact the church archives themselves.

The FamilySeach wiki on religious records is here. In it contains contact numbers for the various church archives in the province.

The BC Archives has an online index to baptisms from 1836-1888. This index gives you an extraction of the record, but will\\not\\give you an image. There is also an index for a collection called \”Colonial Marriages\”. These were marriages submitted by clergy between 1859-1872. This does not give you an image either,but an extraction of the record. It also lists the microfilm number.

A great tool in general is Memory BC. For church records, use the search words \”baptisms\”, \”marriages\”, and \”burials\” separately, and it will give you the location and name of collections all around the province that pertain to these.

The Vancouver Public Library has some books of church transcriptions. If you live in other areas of BC, check with your local library there. Many local genealogical and historical societies donate works like these to them.

Next post in the series will be the last, in which we cover the three Territories.