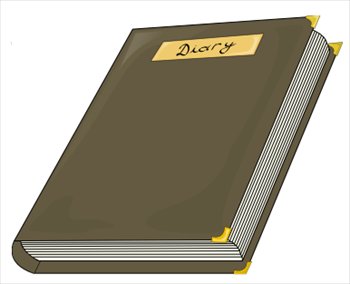 This week\’s 52 Ancestors prompt is \”Diaries\”. Most of us are not lucky enough to have an ancestor\’s diary. But looking at other people\’s diaries can still give you insight into your ancestor\’s life. This week I thought I would highlight some of the digitized diaries available online at each Provincial/Territorial Archive.

Newfoundland and Labrador
A search of diaries in The Rooms Archives brought up 33 results. They do not appear to be digitized. A sampling the diaries available:

Prince Edward Island
A search for diaries on Memory PEI (the Archives\’ search engine) reveals 70 results. These are not online. Among the collection are diaries by:

Nova Scotia
I got 64 results when I searched for diaries on MemoryNS, the search protal for the Nova Scotia Archives. Very few have digitized images. Among their collection these diaries:

New Brunswick
ArchivesCANB is the search portal for Archival records in New Bruswick. Using this I was able to generate 19 results at the Provincial Archives of New Brunswick. Included in their collection of diaries:

Quebec
Quebec\’s Provincial Archive, BAnQ, has a few diaries, according to their search engine. Some have digital images. I found diaries of:

A search of diaries at the Archives of Ontario gave 152 results. There is nothing digitized that I could see. Included among the results are these diaries:

A search for diaries on the Archives of Manitoba\’s website yielded 260 hits. Some have digital images. Among their collection of diaries:

Saskatchewan
Unfortunately, the search engine that the Provincial Archives of Saskatchewan uses, Threshold, is being upgraded. However, when I looked at their Master Index to Finding Aids I saw family fond collections. I\’m sure more than one of these fond collections will have diaries.
Alberta

The Provincial Archives of Alberta use the HeRMIS system for searches. A search of diaries gave 900 results. None that i could see were digitized. Among their collection I found diaries for:

British Columbia
A search of the Royal BC Museum and Archives resulted in 682 hits. The majority of these have no digital images. But here\’s a sampling of what kind of diaries are available:

Yukon
A search of the Yukon Archives netted 34 results. Nothing is digitized that I could see. Among their collection of diaries:
Northwest Territories
The NWT Archives is a fairly new Archive, and do not hols a lot of non government records. However I did find diaries among their holdings belonging to:
Nunavut
I could not find anything on their website. However the Nunavut Archives is the youngest in our country. I\’m sure with time they will expand their online presence.