Sometimes you find the most interesting things on Canadiana. I stumbled across a unique resource today that had to do with employees of what is now the CIBC during World War I. From 1915 to 1919, the Canadian Imperial Bank of Commerce published 11 pamphlets titled LETTERS FROM THE FRONT – Being a partial record of the part played by officers of the Bank in the Great War. Canadiana has all 11 volumes digitized. According to the pamphlets, by volume 11 in January 1919, a total of 1709 employees had served in the War, with 226 losing their lives.

The pamphlets are a bonus to those with ancestors who worked with the Bank. Each issue listed every member serving. The information from the pamphlets were taken from letters by the soldiers to other employees. Family and friends of those serving also passed information along to the Bank to include in the series. 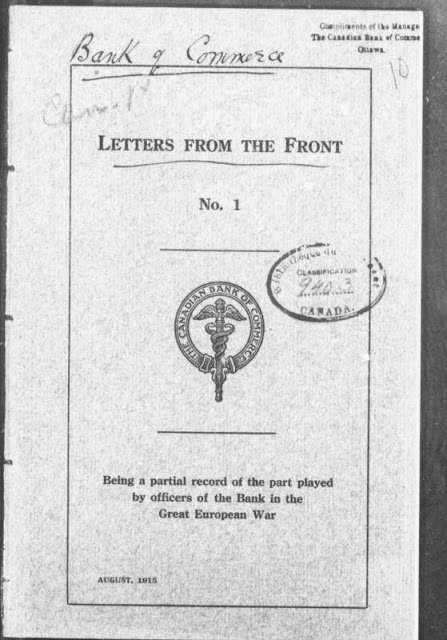 Each issue listed all employees who have served as of publication. These were anyone from the lowest ranks to bank executives. Here\’s an example from Volume 2, showing name, rank, and CIBC branch 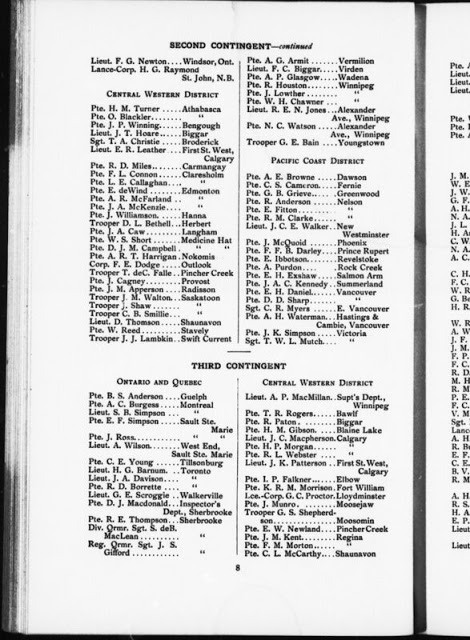 After the preface, the first section of each issue is the Honour Roll section, showing those who had died in the War up to that issue. By Volume 3 in late 1915, the Honour Roll was already growing. It lists name, rank, CIBC branch, date of death and cause of death. 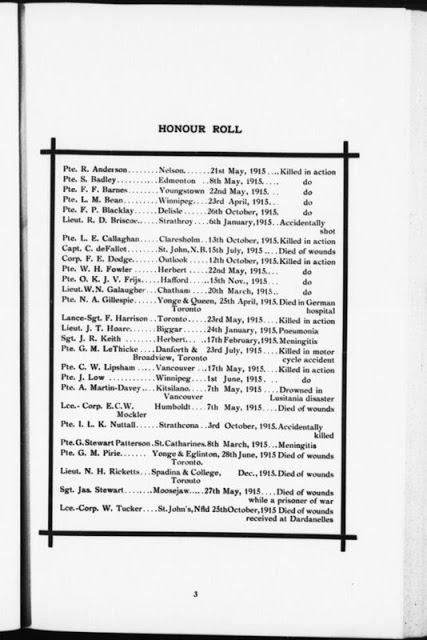 The next section listed Casualties. This was further divided into subsections:

Here\’s the some of the wounded as of Volume 4, which was published early 1916 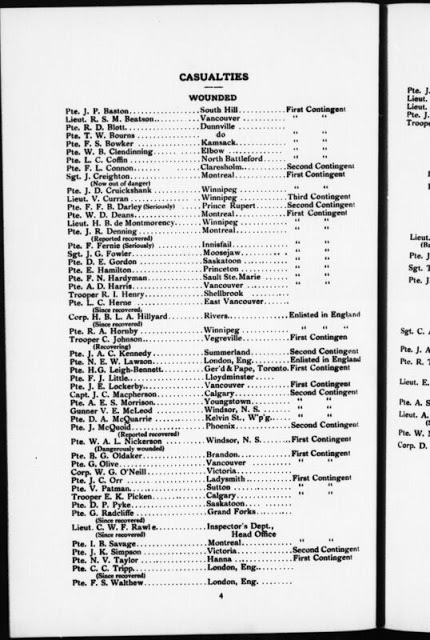 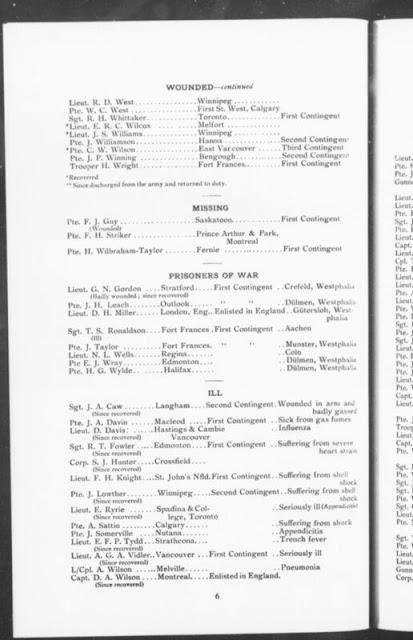 What I find are interesting is the extra information you can find here. In the Prisoners section, it tells you were they are being kept as a P.O.W. In the Ill section, you can in some cases see the cause of illness. As with other sections, you get name, rank, contingent/enlistment information, and the CIBC branch they belong to. Those researching Corp DA Wilson would find the fact that he enlisted in England a handy bit of information.
The best section though is the last section of the pamphlets, called Notes. Here they give specific information on soldiers. The information includes excerpts of letters written by soldiers, as well as Military dispatches. And what great information they have for those lucky enough to have an ancestor listed. I\’m a little jealous, to be honest.
Look at what was written about Mr. C S Cameron, who worked at the Fernie, British Columbia branch. This was from Volume 7 in July 1916 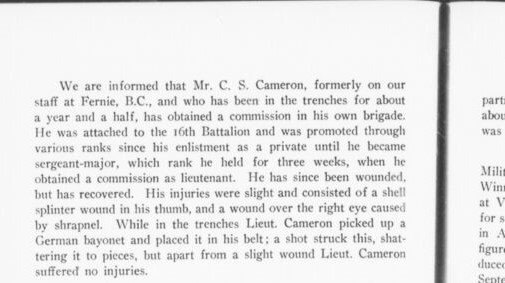 H.G. Murray was the lone survivor in a blast, from Volume 9

The last section of the pamphlets are titled Letters from Bank Officers at the Front. This awesome section has whole excerpts of letters from the soldiers themselves.
Here\’s an entry for nursing sister H V Petrie, who worked for the CIBC at the offices overseeing Western Canada 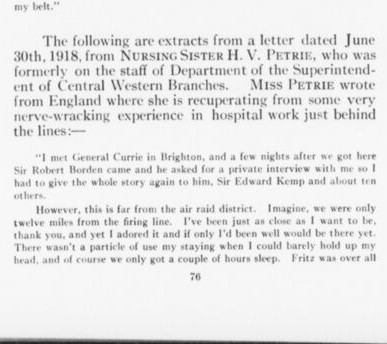 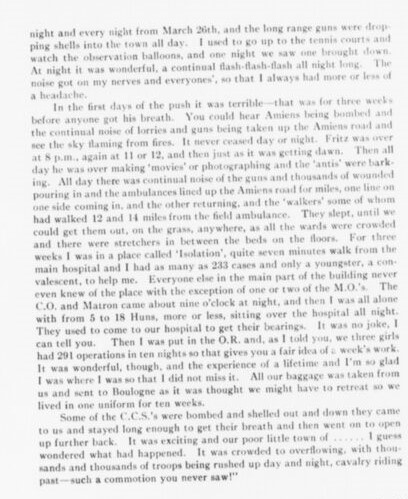 Here\’s an interesting one from Dr. Crozier, of Port Arthur. The letter was submitted by the brother of Dr. Crozier\’s partner in his medical practice. The brother was a Halifax branch manager 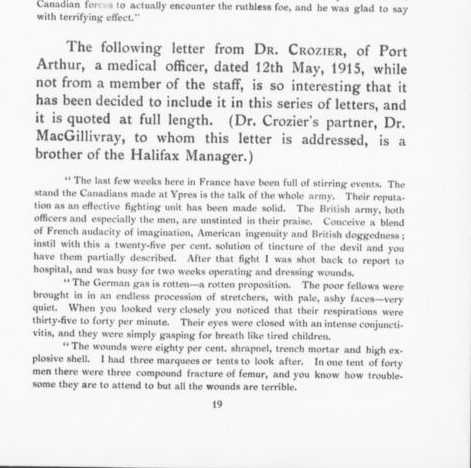 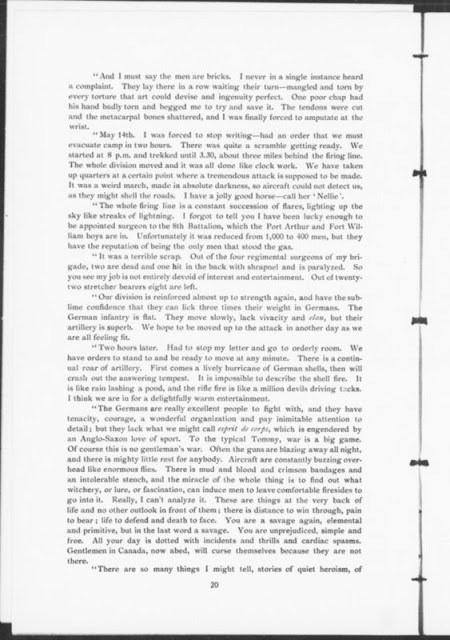 And here\’s one more example from V E McLeod, who worked at the Windsor, Nova Scotia branch 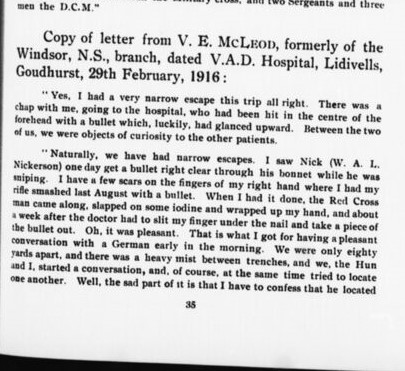 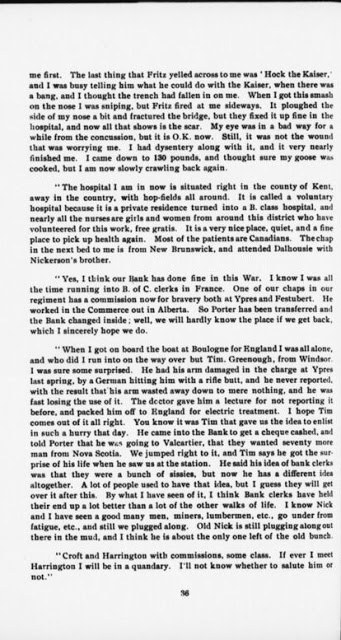 Remember that the CIBC had branches outside of Canada, and they made a point to include these employees as well in the publications. Here are the links to each individual volume on Canadiana: